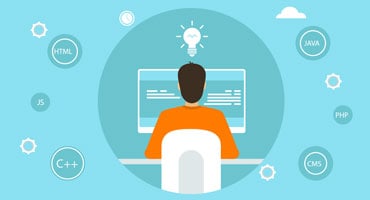 With the radical change of applications deployment from a single virtual box to clusters, containers and cloud, application frameworks are changing. Hence, key Java technologies that are in demand in 2016 are new emerging tools and application frameworks like Docker, AWS, Mesos, Spring Boot, Play and AKKA.  There is also a rise in interest in Java Micro Frameworks like Play, Spark, Ninja and Jodd.These are not disparate technologies but are an integral part of a yet another paradigm shift in IT.

The core concepts underlying this paradigm shift are containerization and micro services. They have to be understood in the context of the DevOps Movement to gain a true appreciation of the drivers of the fundamental changes sweeping the Java technology space.

Moreover, understanding the relationship between containers, micro services and DevOps can help one to quickly master the emerging tools on the Java Platform.
Micro Services and Containers as Key Enabling Technologies

Micro-Services and Container technologies have become hot trends in software development over the last couple of years. While container technology has also been around for some time with LXC (Linux Containers), we are seeing much more attention being brought to it with the rise of Docker. Similarly Micro-Services architecture has also been in the industry for decades, but it has suddenly seen the rise in popularity. The combined rise of these technologies is because of them becoming the enablers for rapid-deployment of applications, the primary concern of DevOps.

How Docker and DevOps come together? Containers abstract applications from the underlying platform by providing the ability to create running environments for an application. The focus of Docker was to focus heavily on the user experience of the client, making it a single command to download an existing image and boot it into a running container. With the advent of Docker, instead of deploying applications in the cloud, developers can now deploy the locally tested and fully functional containers on their development machines directly into the cloud.  As Docker encapsulates the system environment settings difference between development and production environment, DevOps team can rapidly deploy apps more confidently. When combined together, Docker and DevOps methodologies bring about a revolution in the rapid application deployment in the Cloud.

How Micro-Services and Containers Come Together?

Micro services encourage software developers to decouple software into smaller functional pieces which are expected to fail. Containers extend this decoupling, separating software from the underlying hardware. The result is applications that are faster to build and easier to maintain while having overall higher quality. To achieve decoupled software, developers of Micro-Service architectures prefer stateless services over stateful services wherever possible

The primary benefit of stateless application design is the ability to respond to events by adding or removing instances of a service without needing to significantly change or reconfigure the application.

For example, if load suddenly increases, more stateless services in Docker like containers can be added, or if an existing stateless service dies, it can simply be replaced with another. Hence Containers empowers Micro-Services architectures by making it scalable and viable.

Business Value of the Containers-Microservices-Develops Combo

Business continuity of many eCommerce companies and even traditional businesses is dependent on 24×7 availability of stable web services. Yet, constant business change demands continuous deployment of updates to the underlying code. Containers coupled with Micro Services Framework can support the stability of services against constant change as mandated by the new business scenario. As leading organizations like Google, Netflix, LinkedIn, eBay and others are vouching for this new architectural style and putting their success stories in the public domain,   an explosion in adoption of containers and micro-services framework is fast becoming the mainstream.

As Micro Services Framework is becoming very popular in the industry, many implementations of micro-framework architectural style are becoming available in Java as well. Play, Ninja Framework, Spark, and Jodd are some of the more popular Java micro frameworks available right now.  All these Micro Frameworks are lightweight and focus on routing, views, and controllers. Frameworks like Ninja and Play are Stateless by design which make horizontal scaling just a matter of adding servers.   It is also easy to deploy the apps developed in these frameworks into Docker.By riding the Docker wave, Java Micro Frameworks are bound to get rapid adoption

Java Micro frameworks is a very good skill set to acquire early and cannot be ignored by a Java developer anymore.