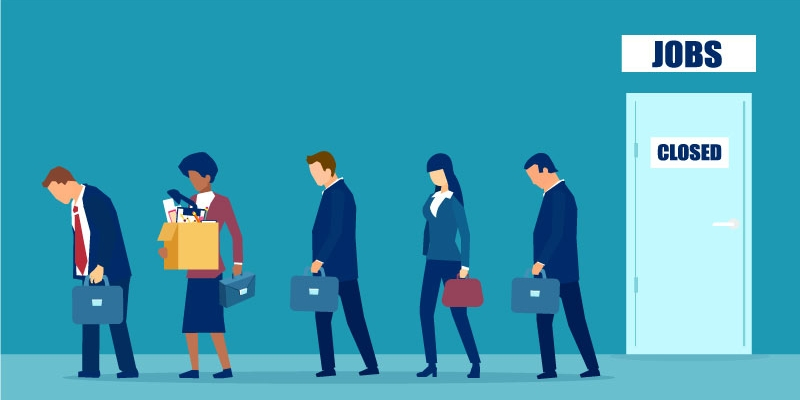 The tech industry is under rough weather. This year alone, more than 32,000 techies in the US have lost their jobs. And, it is not just the start-ups that are facing this bust. The huge wave of layoffs did not spare the big players as well! And, it is only expected to worsen according to some industry experts.

If you had been on LinkedIn lately, perhaps you would have come across posts from people who have either been laid off or have their job offers deferred or rescinded. Have you been wondering if it was just a coincidence? No. It’s not!

Just recently, SoundCloud, a social platform, had decided to shrink its global workforce by at least 20%. By the end of July 2022, Shopify slashed nearly 10% of its workforce.

The market cap aggregate of about 300 publicly traded tech companies with operations in San Francisco and the valley is at its lowest now, $9.98 trillion, since 2013, after peaking at nearly $15 trillion in November 2021.

So, where are these layoffs coming from? Which are the organizations that are cutting jobs? Could we be heading towards a recession? Let’s find out.

As of August 2022, as many as 34,000 tech workers in the U.S have been laid off as a result of mass job cuts, according to a Crunchbase report. Companies big and small have laid off employees or have announced indefinite hiring freezes.

Google reportedly sent a memo to their staff late in July that it would pause hiring for two weeks. Microsoft reduced 1% of its 1,80,000 strong global workforce. To cope with the economic downturn, Apple announced that it would reduce its hiring goals until 2023. While these companies are hitting the breaks on their new hires, Meta has asked its managers to identify poor performers for layoffs.

Among the big players, Tesla, Netflix, Coinbase, and Robinhood have announced layoffs or hiring freezes in recent months. Software giant Oracle reportedly laid off an unspecified number of its customer experience staff.

Tech layoffs since the beginning of Aug 2022 include

Based on the data from layoff aggregator True-up, August has already seen at least 44 tech companies announcing layoffs impacting at least 4,591 tech employees across the globe. The data further reports that since the start of 2022, there were 606 tech layoffs impacting a whopping 96,594 people worldwide.

Other notable tech layoffs in July

As we can see, mass layoffs and hiring freezes seem to have impacted every nook of the tech sector, from the rising hopefuls to the big tech giants and everyone in between. While the layoffs in the tech industry may appear foreboding, these numbers just represent only a small fraction of the US labor. US workforce continues to find jobs in information technology, albeit a lot lesser than before. For now, we will have to wait and watch how the rest of 2022 pans out for the tech industry!

Can the Global Recession Shake Up the IT Industry?
November 2, 2022